In the still of the nigth

An evening travel by the side of the worlwide dance stars Lucía Lacarra and Matthew Golding, where present and past mixes up telling an story in which the emotion of two people get iluminated from different perspectives. While we see what happened in a past night, we will be discovering what caused the reality of present.

The purest dance and the cinmeatographic reflexion introduce us in this beautiful tale, accompained by big musics from the sixties, with clothes inspired by the fashion style of this decade. This elements will make us sail inside an atmosphere of the classical films of the cinema like Grase or Ghost.

Lucia Lacarra, born in Spain, was the muse of Roland Petit and Helgi Tomasson, and has dances principal roles on ballets of John Neumeier, John Carnko and Kenneth MacMillan. Her repertoire goes from Marius Petipà to Jerome Robbins and George Balanchine. She is the model of the traditional history of ballet.

Matthew Golding, born in Canada, studied in United States and in the Royal Ballet School of London. As a dancer, he was particularly influenced by the Het Nationale Ballet of Amsterdam, where Ted Brandston still contracts him as an guest star. 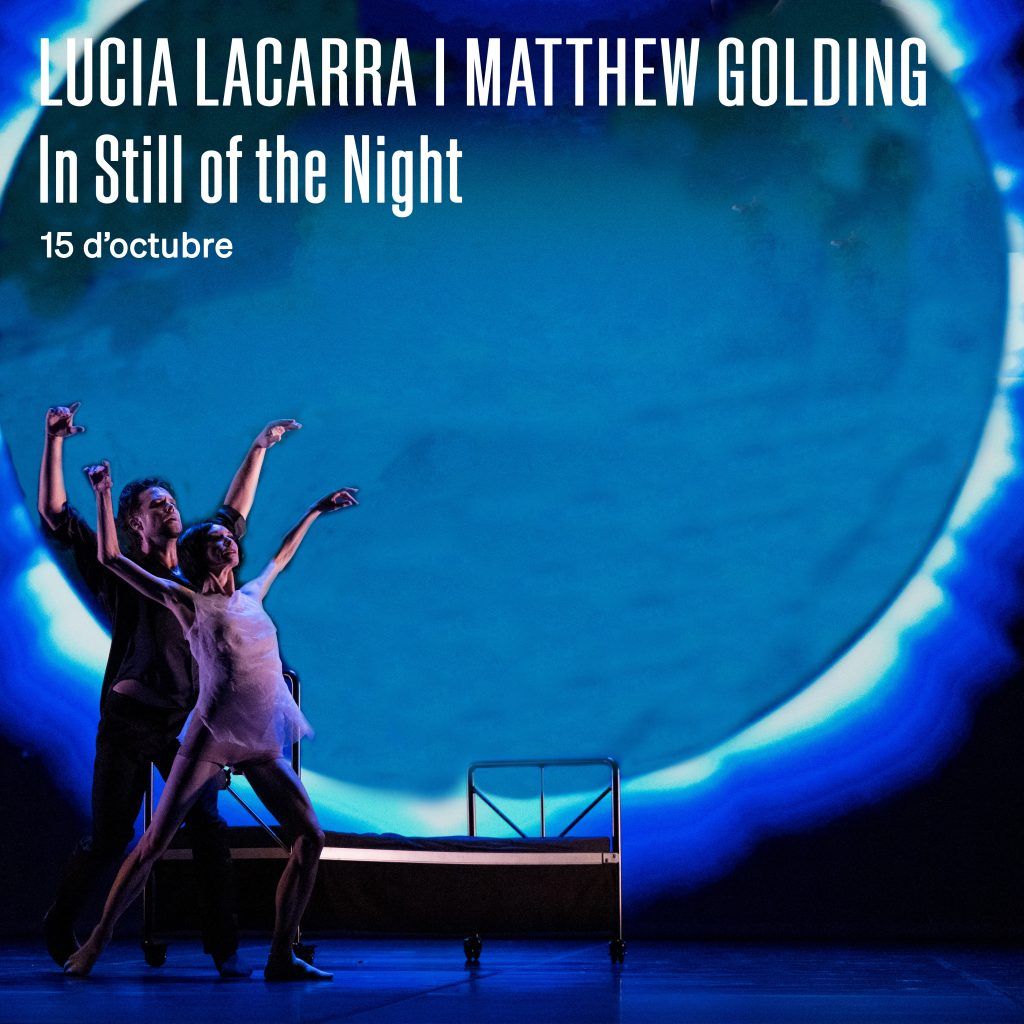 In Still of the Night