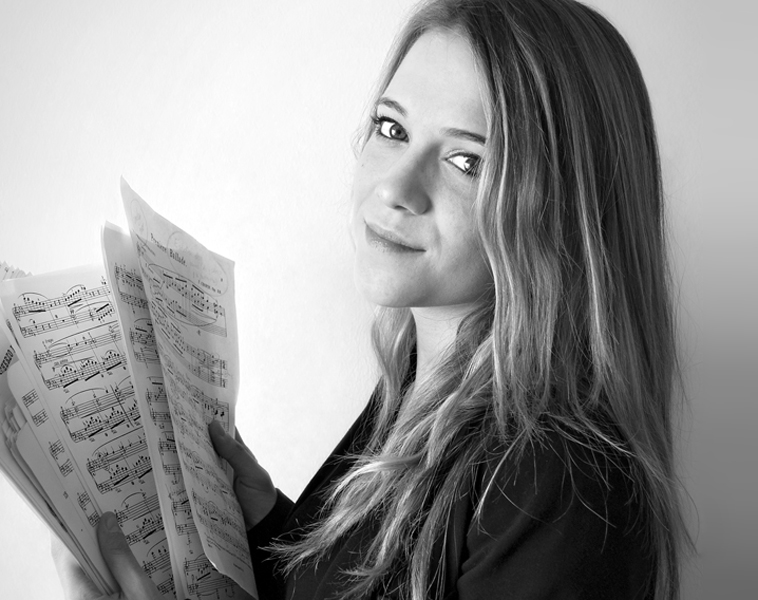 Born in Terrassa in 1993, she studied the Professional Degree in Piano at the Conservatory of Terrassa, where she graduated with Honorary Award in her specialty at the end of her studies, in 2012. In 2016 she completed the Higher Degree in the specialty of classical piano interpretation at Liceu Theater’s Conservatory of Barcelona under the teachings of the renowned pianist Josep Maria Colom. Since 2019 she has been studying jazz piano at the Taller de Músics in Barcelona.

Despite her classical background, she has always been interested in modern music, jazz and the world of musical theater. In 2012 she took part in the performance of Les Miserables at the Teatre de la Passió in Olesa de Montserrat and from there, she began to be part of various projects along these lines. She currently collaborates with Els Pirates Teatre Company and has been part of shows such as Les Feres de Shakespeare (Teatre Condal) and Barbes de Balena (Teatre Maldà), where, in addition to being there as a pianist, she debuted as an actress. She began studying jazz piano at the Barcelona Music Workshop in 2019 and also became interested in more instruments such as the saxophone and vocal skills.

She has always combined her studies with her pedagogical vocation, so she is currently committed to the transcription of scores and the creation of musical arrangements with the company My Sheet Music Transcriptions, based in Terrassa.