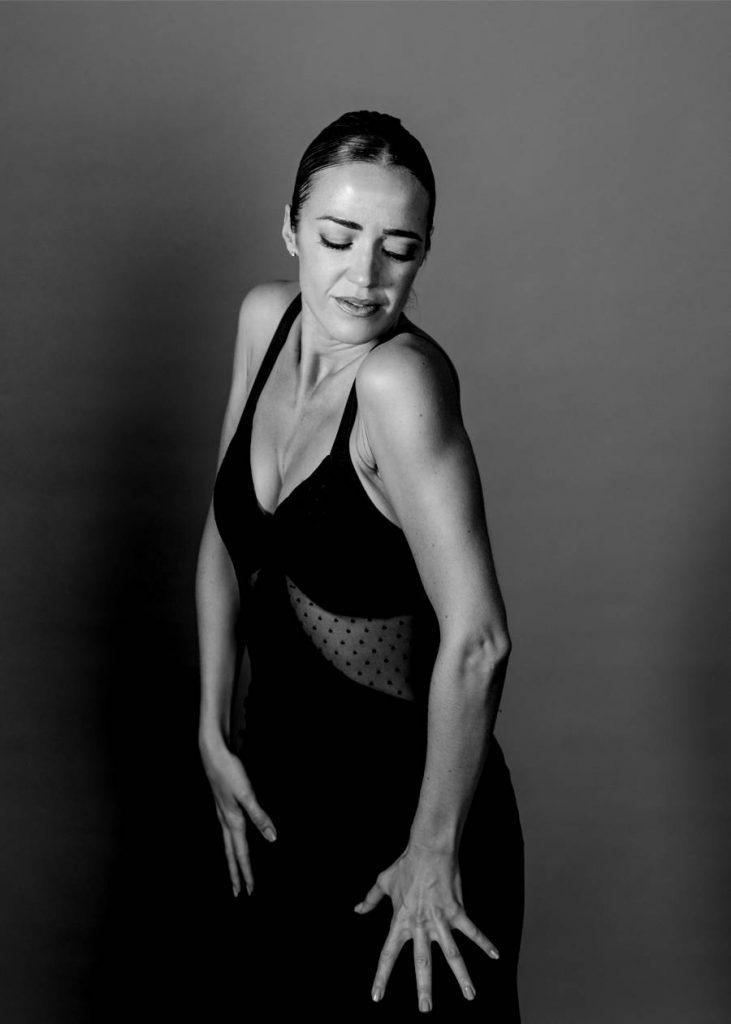 She began her training in Barcelona. In 2006, she graduated in Spanish Dance at the ESSA / CPD de l’Institut del Teatre de Barcelona and that same year she received the Dávalos Flecher award for interpretation in the Castellón Dance Contest and received a scholarship for the Spanish Taller Estudio del Ballet Nacional until 2007, later entering as a titular dancer to complete her training.

She is currently studying second degree at the María de Ávila Superior Dance Conservatory in Madrid, specializing in Spanish Dance Pedagogy. Since September 2010, she has been part of the dance corps of the National Ballet of Spain, under the direction of José Antonio. Among other works he has represented ‘El Corazón de Piedra Verde’ and ‘Danza y Tronío’ with the BNE and has premiered, with the Studio Workshop, ‘Dawn in the 18th century’, ‘Triptych’ and ‘Pasito a paso’ in the Auditorium from Ribarroja de Valencia in 2009.

Other awards granted are ‘Spanish Classical Dance Award’ at the Madrid Dance Marathon and ‘Second Performing Arts Prize’ from the city of ADAE Alcobendas, both awarded in 2009. Since September 2012 she has been a principal dancer of the National Ballet of Spain.