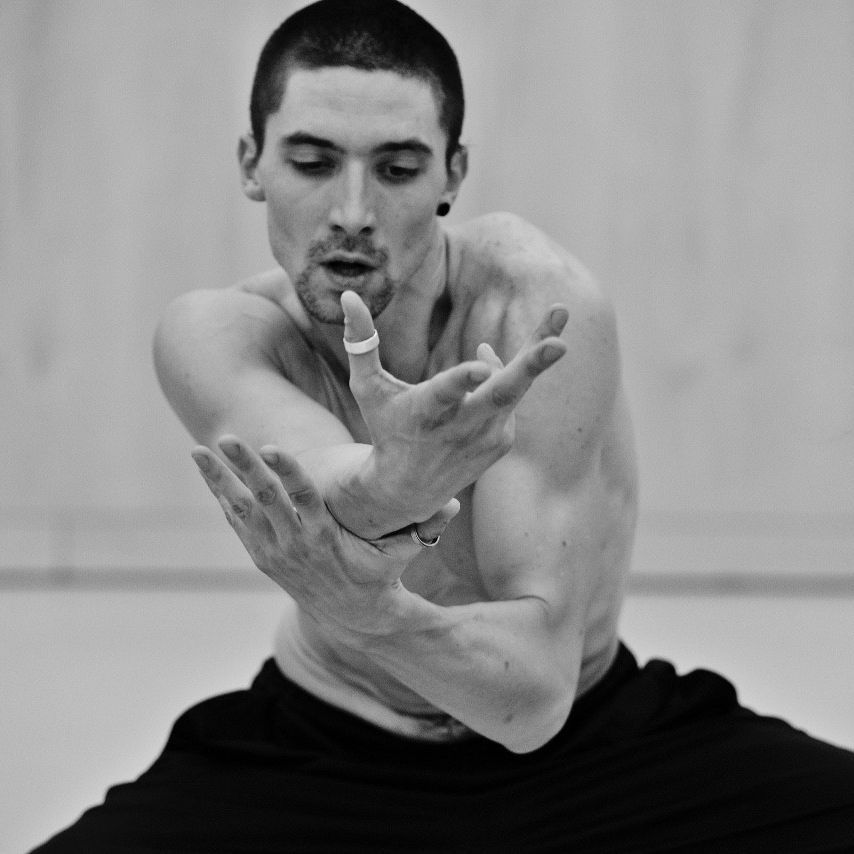 He began his artistic training at the Academia Nazionale di Danza in Rome in 1998 and, later, he moved to Rotterdam to enter CODARTS, a school where he deepened his studies on physicality. A training that has led him to dance with renowned figures from the world of dance such as Bruno Listopard, Nanine Linning or Kirsztina de Châtel.
In addition to being a dancer, the Italian is also a choreographer and treasures a long list of creations. His conception of this art is constituted in an integral way within the studio. There he tries to understand the dancer and create pieces especially for him linked to his life. Igor worked for eight years in the field of social work, an experience that has enriched his creative spirit and that has also led him to become interested in management and leadership. Virtues that he has developed and consolidated especially by the hand of Iratxe Ansa with Metamorphosis Dance.
The collaboration with her began in 2013, after having discovered that its ideas, forms and approaches were directed towards the same direction; and that the passion and interest they felt for dance and their way of understanding it coincided.
It was then that they developed tools to make the work of the dancer more effective, an investigation that ended up leading them to the creation of Metamorphosis Intenternational Residency and even a homonymous film that was premiered at the Fesitval in San Sebastian in 2016.
Together they have created more than 20 choreographies for important companies such as the Lyon Opera Ballet, the National Dance Company or the Lines Youth Ballet, among many others, and have traveled throughout the five continents dancing and sharing their methodology. A work that they have been developing at the same time that they have created their own and have toured theaters, galas and festivals around the world.