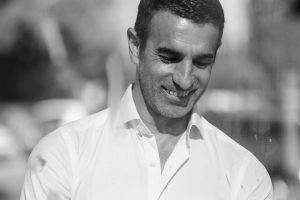 He has a degree in Dance from the Royal Conservatory of Dramatic Art and Dance of Madrid (RESAD) and has received acting training at the same school.

As a dancer, he started at the Víctor Ullate Ballet School and since 1992 he was part of the Víctor Ullate company, current Ballet of the Community of Madrid. In that company he was a soloist dancer from 2001. Later, Víctor Jiménez traveled to Switzerland and there he was the principal soloist dancer of the Béjart Ballet Lausanne, directed by Maurice Béjart. In 2007 he became a solo dancer with the Lyon Opera Ballet.

As a performer, his repertoire includes classical ballets such as Las Sylphides, Giselle, Theme and Variations, Paquita, Baroque Concerto and Don Quixote. He also creations of Maurice Béjart such as Bhakti II, Bhakti III, The Magic Flute, The Rite of Spring, Brel and Barbara, The Firebird or Seven Greek Dances. With the Lyon Opera Ballet he has performed choreographies by Kilyan, Mats Ek, Maguy Marin or Forsythe, among others.

Since July 2008 Víctor Jiménez is the artistic director of LaMov, a private dance company based in Zaragoza. For this company he has choreographed The Troubadour, What the body does not remember, Divine clowns, Forget-forgot-forgotten, Futile, Momenta, Cinderella, The Nutcracker, Terrenal, Tempus fugit and El Lago.