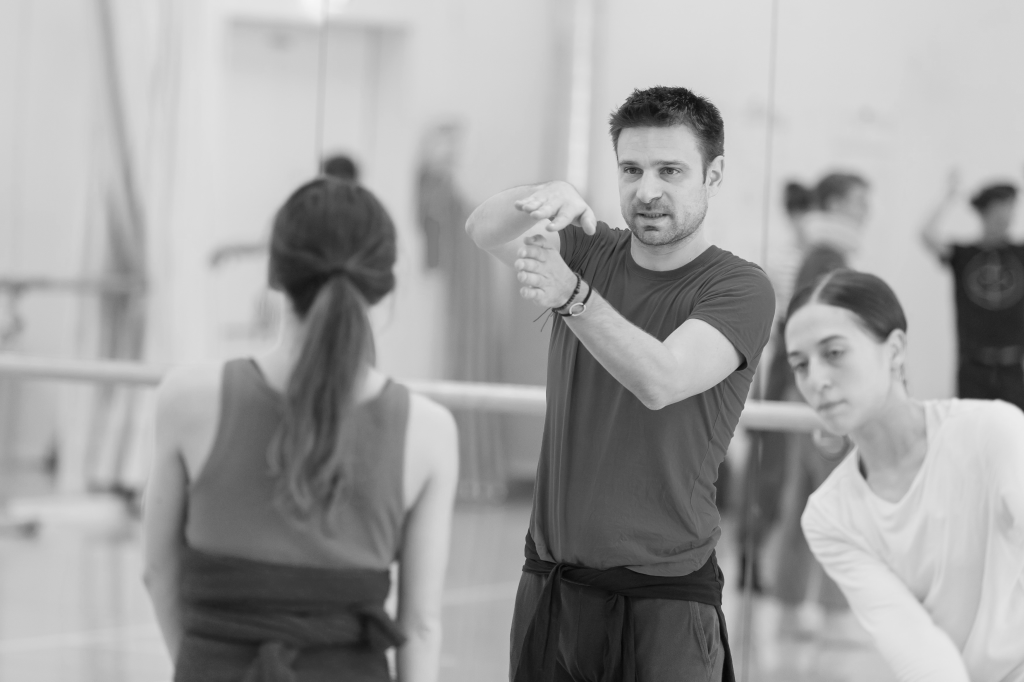 Born in Beglrado, Romania, in 1974, he began his dance studies at the National Ballet School “Lujo Davico”. After passing through this institution, he was invited by Marika Besobrazova to continue his studies at the Princess Grace school in Monaco. He spent two months there and finished his apprenticeship with a scholarship at the Hamburg Ballet School.

His first contract as a professional dancer was signed with the Dresden Ballet company, directed by V. Dervianko. There he became a soloist. In 1998 he joined Thoss-TanzKompany and in 2001 he began to develop functions as an assistant to Stephan Toss with that same company.

During 2006 he toured Asia playing Don José in the Carmen Ballet Suite that Mats Ek made for the Lyon Opera and, subsequently, joined the Netherlands Dance Tehatre I company in The Hague.

He remained there until 2008 when he decided to continue his professional career as an independent artist. As a dancer he has performed choreographies such as La Fille mal gardée, Eart, Swan Lake, Second Person or Trio by the hand of great professionals such as Crystal Pite, Thoss, T. Willhelm or L. Timulak.

Zoran has combined his artistic career as a dancer with that of a teacher and choreography assistant. He has given workshops in Australia, Spain, the United States and Croatia, among other countries, and has taught in various companies.

In 2013 he was the assistant director and rehearsal director of Lucerne Dance Company. He has attended and directed rehearsals of choreographies by Fernando Henrando Magadan, Cayetano Soto, Adonis Fonyadakis, Lukas Timulak, Stijn Celis and Crystal Pite, among others.

In addition, he also participated in projects aimed at children and adolescents, people with functional diversity and refugees. In 2018 he returns to work as an independent artist performing pieces by John Inger in international companies and as a guest teacher of classical dance and repertoire in various schools such as the Instituto del Teatro de Barcelona or the Basel Ballet.

As a choreographer he has created pieces such as “Cosa Nostra” with Sandra Marín Garcia for Lucerne Dance Company or “Insight” for Nanine Linning Dance Company, among many others.